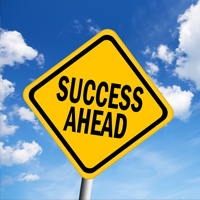 The social enterprise BizBritain has announced that 12 young ambassadors are to be chosen as the faces of a national campaign to inspire unemployed young people to become entrepreneurs.
Young people across the UK are set to be given a dose of entrepreneurial inspiration following the launch of a new campaign by the youth organisation, BizBritain. Twelve ambassadors between the ages of 16-30 years old who have set up their own successful businesses, will act as examples of what can be achieved without having a job or a high level of academic education. According to BizBritain Founder Matt Gubba, the campaign aims to engage and inspire the growing number of youths who are falling through the cracks created by the financial crisis. Matt claims there are currently large numbers of young people who are being left feeling completely trapped by their circumstances, and have no idea how to move forward.

BizBritain believes that the campaign will help to combat the number of youths who have simply “given up”. It is hoped that showing young people some of the things that have been achieved by others in the same situation, will give them the motivation and the confidence to get started.

Matt Gubba, Founder of BizBritain said: “One of the biggest issues I come across when talking to young people affected by the recession is their lack of confidence in their own abilities. By showing them what is possible and giving them access to the right tools, I firmly believe that we will see a dramatic increase in the number of youths stepping out of unemployment and in to business”.

For more details about BizBritain, or to apply as an ambassador visit: www.BizBritain.org