A Beginners Guide to Networking 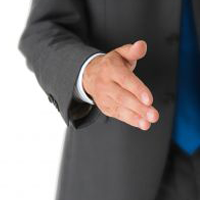 Networking is an essential activity if you want to achieve success in business. But for many people it&rsquo;s still a bit of an unknown area. Find out why networking is so important and how to successfully go about it.
What is Networking

Networking is the developing and maintaining of contacts and personal connections with a variety of people who might be helpful to you and your career. In fact, you most likely network every day without even realising it; how often do you pass on recommendations to a friend about a good film, place to eat or something similar? Networking isn’t all about name badges and invitation only clubs. Anyone can, and will benefit from networking if they give it a try. But when in business, networking is an essential activity that will help you to grow and progress to the top of your game.

Why Should I Network

One of the most important activities in growing a business is growing relationships. You may have heard the saying “People buy people”. This is a very important point. In the real world, people will only do business with those that they know, like and trust. This is a fact, there is no getting around it. If you neither know someone, like them nor trust them, would you honestly do business with them? I would hazard a guess that the answer is no.

A personal referral is the most powerful piece of marketing you can ever hope to achieve. Think about it. Let’s say that you are looking for an accountant. You have no idea where to start other than using Google and trawling through a load of completely unknown companies. A trusted connection of yours then mentions that they’ve recently appointed a new accountant who’s really nice and has done a fantastic job. They then offer to introduce you to them. What would you do in this situation? I’m willing to bet that you would give serious thought to the offer, if not outright accept it.

This is what networking is all about; Building a network of connections that you know, like and trust. The bigger your network of trusted connections, the more likely you are to find new business.

Where do I Start

There are plenty of ways that you can start networking, now more than ever thanks to the internet. It's perfectly natural to be a little anxious about it if you've never done it before, but you can be sure that there are many others out there who are in exactly the same boat. The easiest way to begin is to join a few internet networking sites and forums. Introduce yourself and get involved in some discussions. But don’t just start off by trying to sell to people. You need to build a relationship first. Understand people’s needs and wants, and then try to help fulfil them. As a general rule you will get out of networking what you put in. Givers get.

Once you feel a bit more comfortable with the whole idea, start attending some events. It doesn’t have to be strictly networking events, just anywhere you are likely to meet people who could be useful in business. This could be tradeshows, seminars or even social events. The important thing is just to get out there and start building some new relationships. Remember, you could have the greatest product or service the world has ever seen. But if no one knows who you are, it’s worthless.