Brave or Just Reckless? Going it Alone During an Economic Downturn 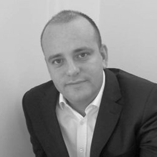 Mark Rainsbury gives his personal account of starting a business during a Downturn.
But the support I had from both former colleagues, candidates and -- what was for me most surprising -- fellow recruiters was overwhelming.


Amongst all of the “good lucks” and your “doing the right thing” and lots of “you have made a brave decision” a fellow in-house recruitment manager wanted to know “Why now?” Given the economic conditions, that’s a fair question.


At this point I’m going to draw a comparison to “Slumdog Millionaire” where it’s not one moment that inspires you but several.


The first was my own experience with outplacement. When I was made redundant a couple of years ago, I was sure I didn’t need the outplacement service on offer. But I went along to see a personal mentor as part of the programme. My mentor, an ex HR director was brilliant and gave me a fascinating insight into outplacement and also personal observations which helped gave clarity, and were instrumental in helping me into my next role.


The second occurred just after Christmas last year. I bumped into an old friend who ran his own business fitting windows. He was just about getting by. But he was concerned about an upcoming employment tribunal in which he would have to defend himself. He had recruited the claimant after only being in his business for six months, by putting a small advert in the local paper, gone through the CVs, spent a day interviewing, made his decision based on a hunch, kept no notes and had little or no structured process. I asked if he considered some external support from either a recruitment or HR Professional. He said he had thought he could manage the process himself but reflecting on how much it could potentially cost, he promised he would get help in a heartbeat to support and guide him.


The third was a neighbour coming to me for help when he was made redundant after five years in the same role. His one-page CV had little detail -- although he had been working for 20 years. We spent time going through his work history and from there came up with a credible CV. I introduced him to social media, prepared him for interviews, assessments and group exercises. He soon secured a new role, and I don’t know who was more pleased, him or me!


The fourth came with my love for recruitment. I genuinely believe in the impact that a good recruiter can have. We are in a ‘people and service’ business and should never lose sight of that to targets. We can affect a candidate’s career and life through fantastic recruitment ethics and practises.


There were other factors too. Having enjoyed a successful career in-house, I wanted a change; the desire to build something for myself was a huge pull. And I have two small children. Corporate life in a business with no home working policy meant long hours in the office and missing out on a number of important home events.


I guess only time will tell if I’ve been brave or reckless. There have been moments of blind panic with having when I realised I had no more private medical! But I’d like to know one way or the other, rather than ‘what if?’

Mark Rainsbury is the owner of Rainsbury Recruitment & Coaching. Before founding his business in 2011, Mark had a 25 year career working for leading brands within the Retail and Hospitality sectors.